RadioShack, once known across the United States as the go-to one-stop-shop for all things electronics, filed for bankruptcy twice in as many years.

The first time was in February 2015, and forced the company to close almost 1,800 stores. The second time, almost exactly two years later in March 2017, resulted in closing most of the remaining 1,500 stores.

With the fast-paced consumerism of today, it felt like RadioShack had become a distant memory. But in November 2017, RadioShack pulled itself out of bankruptcy with a plan to operate mainly as an online retailer.

As the former giant re-emerges with a focus on ecommerce, we take a look back at how it got here and what innovation lessons corporations can learn from the RadioShack journey.

See how Polaroid innovated its way out of bankruptcy

RadioShack began selling ham radios in the 1920s, and continued to provide customers with cutting-edge electronics for decades to come.

RadioShack was a destination where you could both pick up batteries and get a glimpse into the future of technology.

While RadioShack was one of the first retailers to sell personal computers, they failed to truly leverage this market and instead shifted focus to selling cell phones.

This could have been a lucrative decision, but it quickly fell apart.

At the time, it took at least 45 minutes to sign up a new cell phone customer. The result was crowded stores where customers shopping for anything besides cell phones were ignored.

It didn’t take long for mobile providers to begin moving away from RadioShack and opening its own kiosks.

Eventually, partnering with RadioShack was no longer necessary for companies like Sprint and Verizon, and didn’t offer them any real benefits. 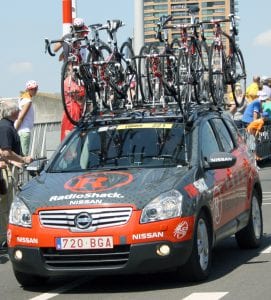 Then came Amazon, and the game really changed.

Even as it became clear that ecommerce was the wave of the future, RadioShack was too bogged down with trying to resurrect its physical retail spaces to effectively pivot to online sales.

By 2005, customers could browse the RadioShack website, but still couldn’t actually place an order.

In 2009, RadioShack rebranded itself as “The Shack.” Same store. Same products. Same results. Customers were not impressed.

Meanwhile, one of its main competitors, Walmart, was investing time and money in innovation labs that were using cross-functional teams to develop new ideas and market strategies.

While RadioShack might not have had the resources to recruit top talent and build a state-of-the-art innovation lab, they did not take on other innovation options that would have required a lower level of investment.

Hindsight is 20/20, but what we have learned from RadioShack is that rebranding alone will not fill an innovation void.

It is also clear that successfully creating a culture of innovation that prevents companies from playing catch-up up as the next big wave of change comes rolling in requires a new type of organization. 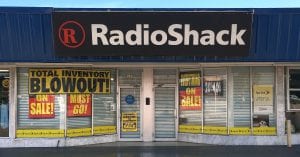 Even at the highest corporate levels, failure is embraced and recognized as a part of innovation.

Initially, RadioShack put all its energy into trying to breathe life into a dying business model rather than understanding the competition, the consumer and the future.

It is an expensive lesson to learn, but hopefully one that they and other retailers can learn from.

For an example of retail innovation gone right, read about how bringing on a chief innovation officer changed the course of business for Ralph Lauren.

How Artificial Intelligence Will Impact These 10 Industries