How does a company remain fresh and innovative at year ten or twenty?

Italian-based insurance giant Generali Group has answered that question as well as anybody.

Since being founded in 1831 in the bustling seaport of Trieste, Italy, Generali Group has grown into a Fortune 500 company with branches in more than 60 countries.

Any business that continues to thrive for as long as Generali Group has must embrace innovation and change over the years.

With a global focus and a penchant for revolutionary modernization, every company could stand to learn from Generali Group’s approach to corporate innovation.

The Permanence of Thinking Globally

Generali has long controlled a sizable chunk of the Central and Western European insurance markets, including Italy, France, Austria, Spain and Switzerland.

In the last few decades, however, the company has ignited a healthy interest in expansion to the Asian market and has become one of the leading players in the Asian insurance market.

How does a company remain fresh and innovative at year ten or twenty? How about year 100? Click To Tweet

The burgeoning market power of countries like China and India have been making headlines for years. As a form of protection, Generali sought to diversify into these markets and offer localized services that have quickly increased their market share.

Being a global company no longer means simply catering to traditionally wealthy European and American markets. By recognizing this possible change early, Generali Group has been able to protect themselves in case the recent financial volatility in their legacy markets becomes the norm.

Embracing Innovation with the Internet of Things

In the early years of the Internet of Things, it was unclear to many how this technology would or could permeate big industry.

Now that the reality of interconnected data-driven devices has begun to sink in and even take flight in some cases, many businesses are scrambling to take advantage of this new potential.

Examples of the enterprise’s venture into the world of IoT include its partnership with French start-up Ellcie Healthy to develop smart eyeglasses to prevent car accidents, and its partnership with the Alphabet-owned company Nest to offer home insurance with smart home technology.

Generali Group recognizes that much of their growth and success comes through their global network of distributors and traditional sales forces.

The willingness to reinvent themselves in order to best serve their customers and the world is what truly drives the success of an enterprise like Generali Group. Click To Tweet

However, the world of marketing and customer outreach finds itself in the middle of a renaissance.

The old ways of reaching out – the yellow pages, cold calls, and face-to-face meetings – are simply no longer effective.

“Our primary focus is enabling and empowering distributors to take advantage of new digital tools – web, mobile & social – that improve their commercial performance as part of an integrated, omni-channel approach.”

To maintain their distributors’ effectiveness, and to help usher in a new digital era for insurance marketing, Generali has invested in their distributor network through powerful new online tools that will help promote an increased level of customer interaction.

These targeted, AI driven interactions have proven more effective than traditional methods, and will likely drive the enterprise to unprecedented levels of success.

Investing in the Future

For Generali, thinking globally means more than simply expanding their insurance empire to increasingly diverse markets. It also means investing in ideas and movements that are in the best interest of the planet. 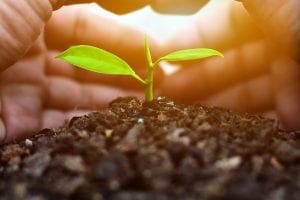 In short, Generali Group is not afraid to take a stance on issues that are important to the company and the customers who drive its success.

People around the world have become more socially aware and they expect the companies with which they interact to share that social conscience.

By committing deeply to issues like climate change, human rights, and workers’ rights, Generali signals loudly and clearly to their customer base that they are a company who invites change.

And that is what truly drives the success of an enterprise like Generali Group – the willingness to reinvent themselves in order to best serve their customers and the world.

Free Report: How the Top Innovation
Spenders Invest Their Resources

The Technology Behind Mobile Payments

Lessons from Past Giants: What We Can Learn from Toys “R” Us