Lessons from Past Giants: What We Can Learn from Toys “R” Us

After watching household brands like Borders and Blockbuster fade into irrelevance, the recent demise of Toys “R” Us lacks any real shock value.

The corporate giant, with more than 800 stores across the US, was once a beloved destination for kids and adults alike but is now in the process of liquidating all its merchandise and settling accounts.

While it is a sad end for a company that evolved from a baby furniture store that first opened in Washington DC at the height of the Baby Boom, the writing was on the wall for some time.

However, in the wake of another failed corporation, there is some good to be found. For enterprise level businesses and start-ups there are important lessons about innovation that can learned by examining exactly what went wrong.

Did Walmart and Amazon Kill the Toy Store?

By 1978, Toys “R” Us became a publicly traded company on the New York Stock Exchange.

Two decades later, in 1998, Walmart had become a retail force and gained the edge as the top toy seller.

At about the same time, Amazon was gaining traction and was well on its way to becoming the largest retailer in the United States, and one of the most valuable companies in the world.

With new competitors entering the market and disruptive technology introducing ecommerce to consumers, it is logical to conclude that Toys “R” Us simply failed to keep pace with innovation and adapt to an evolving market.

While that may be true, there are some other complicated financial factors that made it nearly impossible for the company to muster any kind of response to innovation. 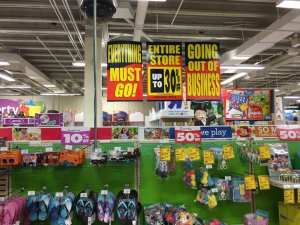 In 2005, long before ecommerce had begun to take a significant bite out of Toys “R” Us profits, the company made the fatal decision to sell to Bain Capital, Kohlberg Kravis Roberts and Vornado Realty Trust.

This move took the company private and left it with $5.2 billion in debt and annual interest payments of $400 million. The plan was to work on boosting sales so that the company could once again go public in a few years.

Unfortunately, the weakened company never regained enough strength to re-enter the stock exchange or formulate a strategy for innovation that would help keep it alive.

A Clear Failure to Innovate

The ability of competitors like Amazon, Walmart and Target to quickly adapt, innovate and respond to customer demands and behavior ultimately lead to the demise of Toys “R” Us.

There was a clear failure on the part of corporate leadership that was further complicated by crippling debt that rendered the company inflexible in a modern business environment. 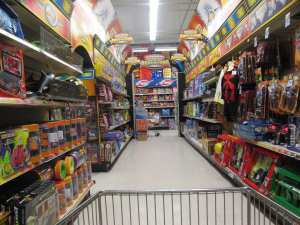 Toys “R” Us continued to cling to the idea that consumers wanted a centralized location for all their toy needs.

Meanwhile, customers were gravitating to the convenience of online shopping and all-in-one stores like Target where they could purchase toys along with groceries and other household items.

In order to survive, the toy store had to offer some clear advantage over other options, whether it was excellent pricing, a unique store experience or exclusive merchandise. None of these things happened and even the beloved Geoffrey the Giraffe couldn’t bring people into the giant stores.

The importance of innovation simply cannot be overstated.

If Toys “R” Us had paid attention to changes in customer behavior and the emergence of innovative ideas from new competitors, they could have adapted and survived an evolving retail world.

However, the company chose to take on tremendous debt and stick stubbornly to its business model, apparently confident in the fact that some slight restructuring would be enough to save the company.

For Toys “R” Us, it is a tough lesson learned, but it is also one that doesn’t have to be repeated by other companies.

It is essential to maintain a flexible business model, actively pursue innovation and pay attention to what competitors are doing.

Toby is the founder and CEO of prooV, an entrepreneur and out-of-the-box thinker who is eager to lead the PoC revolution.