The very essence of open innovation can be aptly summed up by Joy’s Law, which states that “no matter who you are, most of the smartest people work for someone else.”

The mantra, attributed to Sun Microsystem’s co-founder Bill Joy, encapsulates the need for organizations to cast their net far and wide in their search for the brightest talent and the best ideas, and the open innovation movement has arisen to facilitate that process.

Bringing in external partners is a great way to overcome the biases that can easily emerge in organizations that have achieved high levels of success.

It’s exactly the kind of scenario that renders companies vulnerable to the Innovator’s Dilemma.

The Unintentional Biases of Artificial Intelligence

Artificial Intelligence is being used to overcome human error or increase efficiency in almost every industry, but AI is not without flaws of its own.

In the relatively short lifetime of modern AI, there have already been considerable examples of biases and discrimination being unknowingly hard-coded into AI systems.

For instance, one of the earliest applications of AI technology in recruitment saw a British hospital unwittingly discriminate against both female applicants and those with non-European names.

This makes working with a diverse community of partners crucial to getting as close as possible to overcoming such biases.

Testing technologies from all over the world brings a broad scope of perspectives, solutions and approaches to your innovation efforts. Click To Tweet

The risk of bias is compounded by something known as bias blindness. As the name suggests, it’s a condition inherent in us all that ensures that we are generally very bad at appreciating the biases we have.

Management science researchers have found that regardless of whether we are good decision makers or bad ones, people seem to have no idea how biased they are. We each think we are less biased than our peers.

This blind spot not only influences our thoughts and opinions, but tends to block out opinions that differ from our own as well.

In other words, enterprises with digital bias, such as an enterprise always using technologies from the same country, may be feeding an unintentional bias while also blocking out many potential innovations.

The goal of fighting digital bias is to make innovation more inclusive, both in ideas and outcomes. Click To Tweet

Testing technologies from all over the world brings a broad scope of perspectives, solutions and approaches to your innovation efforts, thereby overcoming digital bias and improving your company’s competitive edge.

To optimize your enterprise’s ecosystem for innovation, create a broad international network of technologies to test and partner with. The diversity of perspectives will bring a variety of solutions and viewpoints to your innovation needs, and could raise questions that your team would not have otherwise thought of. 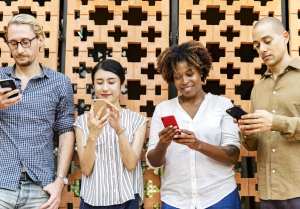 Fighting digital bias is principally about including multiple attitudes and stances when it comes to how a technology might be worked into users’ daily lives or how it would be perceived by the target audience.

The goal is to make innovation more inclusive, both in ideas and outcomes. Therefore it doesn’t contradict with personalized user experience within any given application or offering.

A recent project led by researchers at Google developed AI that could detect biases in AI-systems. It may one day that AI tools will be able to check its own biases, but the project has some way to go before it provides a failsafe solution. In the meantime, get to building that diverse and global partner network for more inclusive innovation efforts and a potentially broader audience.

The Most Important Thing CINOs Can Do to Prevent Innovation Silos