Can You Afford Not to Innovate? 3 Pitfalls of Forgoing Innovation

This can be difficult, but staying too steady can lead to often unrecoverable outcomes. While compelling arguments against innovation can be made, they do not hold water once compared with the consequences of failing to evolve and grow with the times.

The 5 Biggest Barriers to Innovation and How to Overcome Them

Here are real examples the three pitfalls companies face when they fail to innovate, and tips on how to avoid them.

Innovation is an ongoing cycle. With time and changing customer expectations, even a market-shifting innovation can eventually become obsolete when left stagnant. This was the case for Blockbuster. 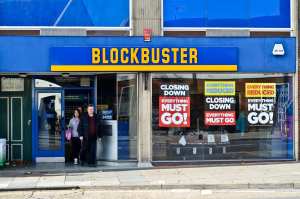 In 1985, Blockbuster realized a growing need in the consumer entertainment market. With the advent of VCRs and home video, people were yearning for a way to watch more movies at home without needing to buy their own cassettes at a premium.

Blockbuster’s rental model was a huge success. By 1999, the company was worth billions, and it had successfully moved from VHS to DVDs.

Then, Netflix happened. Their home DVD delivery service offered new levels of convenience to consumers, while minimizing cost by not having to maintain physical locations.

As Netflix followed consumer demand into the video streaming age, Blockbuster was stuck trying to upsell their customers on candy, toys, and popcorn while still offering the same video rental setup that had made them into a successful enterprise. When they tried to catch up, it was too late.

With time and changing customer expectations, even a market-shifting innovation can eventually become obsolete when left stagnant. Click To Tweet

Blockbuster’s biggest mistake was failing to understand their original value. Consumers did not want another box of candy, they wanted a more convenient way to be entertained.

Ultimately, in order to avoid Blockbuster’s fate, a company must not only be willing to innovate their tech, but also to recognize the ways in which their internal culture must shift to maintain their value to customers.

No matter how beloved a particular brand may be, a failure to evolve as the market changes can still be devastating for a business.

Toys “R” Us is a recent example of this side-effect of not innovating.

Once an unstoppable retail force loved by parents and children alike, the corporate giant was forced to close all of its 800 US locations and liquidate their massive inventory.

Lessons learned from the Toys “R” Us story

As competitors like Amazon emerged with a new disruptive ecommerce experience, and all-in-one retail stores gained traction, Toys “R” Us rested on their laurels.

As big box mainstays like Wal-Mart and Target innovated to keep pace with Amazon, they proved that big retailers can embrace change and evolve their business model.

No matter how beloved a particular brand may be, a failure to evolve as the market changes can still be devastating for a business. Click To Tweet

As consumers continued to gravitate toward the convenience of online transactions and big box stores, Toys “R” Us failed to realize that the specialization that originally made them stand out had morphed into a liability.

Why should people seek out a toy store when they could get the same products at another store along with other goods, or from the convenience of their home with online shopping?

The lesson here is that business models should not be constants. As the market shifts and consumer tastes change, companies need to be willing to evolve their strategies in order to remain relevant to the modern customer.

Not understanding the appeal of your company will eventually lead to its demise.

From the company’s inception, it was intended to be a window into the future. A customer could get their electronics necessities, and take a look at the latest and greatest technology. They were one of the first retailers to offer personal computers to consumers. 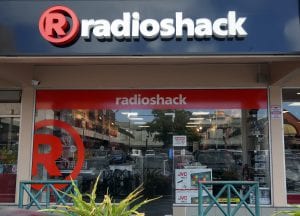 However, instead of embracing their advantage in the consumer PC market, they shifted mostly toward cumbersome cell phone sales, which increased overall wait times and changed the customer experience for the worse.

Eventually, RadioShack became synonymous with old-fashioned. It represented an era of electronic hobbyists and dated third party cell phone retailers that had all but gone extinct.

The expensive lessons RadioShack learned by not embracing innovation

RadioShack did recognize the trend, but they went about it addressing it the wrong way. Instead of focusing on their strengths and using innovation to meet customer expectations, they decided to rebrand the same model with a new name, “The Shack.”

Instead of attempting to compete with larger retailers who had deeper pockets, RadioShack should have created an innovation team that would have helped them lean into their niche appeal and attempt to better understand what their consumers actually wanted.

One common theme that ties all of these examples together is that the companies were big industry-defining businesses undone by a failure to recognize market changes and/or embrace emerging technologies.

If they had cultivated a vibrant and accepting innovation mindset within their companies, then they would have been better equipped to answer the call when competitors disrupted their business models.

Realizing the long-term benefit of collaborating with external companies and allowing new innovative ideas to drive your company’s evolution will help you to stay relevant, even as others fail around you.

5 Steps to Finalize Your 2019 Innovation Strategy

Your Go-To Checklist for Corporate Innovation Projects in 2019