When Sears was established in 1886, it revolutionized the way people shopped and changed middle-class America.

Over the next century, the retailer continued to play a leading role in turning brands like Craftsman and Kenmore into household names.

With so much history and nostalgia attached to Sears, it was sad for many to see the company file for bankruptcy last month.

However, when the company was faced with a $134 million debt payment that they simply could not afford, bankruptcy became the only option. 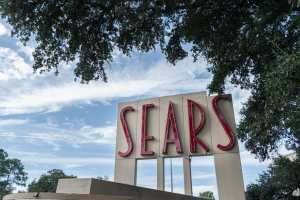 As it stands now, the retailer is planning on maintaining profitable brick and mortar locations and putting more energy into their ecommerce holdings.

While this will keep the Sears name alive a little longer, many experts expect the company to dissolve in the near future.

These most recent events beg the question: how did the country’s most historically innovative retailer experience such a sharp decline?

There are important innovation lessons that can be learned from the rise and fall of Sears, and how they handled the emergence of ecommerce and the rise of competition from the likes of Amazon, Walmart and Home Depot.

During the first year of business, the company printed the inaugural Sears and Roebuck catalog, which provided people in small, rural towns with unprecedented access to goods.

Before the age of Amazon and same-day shipping, it was a truly revolutionary moment in retail. 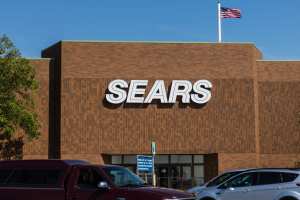 The success of the catalog was followed by retail locations across the country.

People started traveling to malls to shop instead of frequenting local shops. The suburbs were beginning to sprawl and Sears was both around the corner and in mailboxes ready to meet the needs of consumers.

Up until 1990, Sears was the largest and most profitable retailer, but a series of key mistakes in the face of an evolving market led to a steady decline that is now being punctuated by bankruptcy.

In hindsight, the demise of Sears can be traced back to some clear factors.

The most obvious is the emergence of big-box stores like Walmart and Home Depot that were able to offer a larger selection of items at lower prices.

Customers began to demand more value and convenience, and Sears competitors were all too happy to answer the call.

As Sears’ profits began to dwindle, they made some additional missteps that only served to hasten their problems. 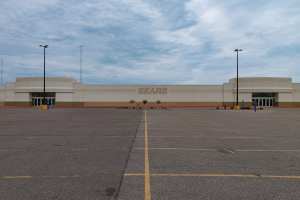 Instead of looking for innovative solutions that might breath new life into their stores, they stayed laser-focused on the bottom-line.

Leadership decided to cut costs and manage growing debt by closing stores and spending less on advertising. They also ignored the need to update retail locations that began to look rundown and outdated.

As a result of this short-sighted approach to saving the business, Sears hasn’t had a profitable year since 2010.

Starting in 2014, Sears began selling off major brands like Lands’ End and Craftsman. Whirlpool also made the decision to pull their products from the shelves, and a once-dominant retailer was left without a real identity.

Innovation Lessons We Can Learn

Sears introduced disruptive solutions into the retail space. Yet, at some point along the way, they lost sight of the importance of innovation.

While Amazon and Walmart were sharpening their online game, Sears only made a half-hearted effort at ecommerce. 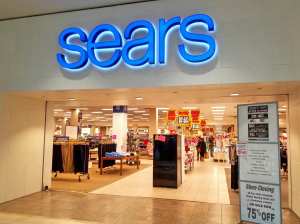 Instead, Sears bet on their retail locations despite the fact that they were underperforming and increasingly becoming eyesores in towns all over America.

Some may argue that Sears stood little chance as shoppers moved away from traditional mall settings, but the truth is that retail locations are just as viable as ever.

The key is to provide a unique retail experience that includes personalized services and frictionless payments.

Again, this is something Sears failed to do as they struggled to stay above water financially. In retrospect, they may have been better taking on more debt and investing in innovation strategies that could have reinvented the brand and provided creative solutions to emerging problems.

There is still some hope that the Sears brand won’t die out completely, but any forward movement would have to be driven by a willingness to learn from mistakes and take on a fresh perspective.

The Top 4 Tech Innovations in Retail