How These 5 Sports Franchises are Leveraging Technology

Professional sports are big business. In 2017, the global spectator sport market was valued at $265 billion.

With so much at stake, sports franchises around the world need to push themselves forward to stay relevant.

The inherent nature of sports’ role as entertainment in a world growing more technologically savvy means that large teams are starting to think more like tech companies.

The following five sports franchises have embraced technological solutions that are transforming the way people think about and experience sports entertainment.

Atlanta’s professional baseball franchise hopes to do something that many experts think is impossible — engage a younger fan-base that is drifting away from the sport. 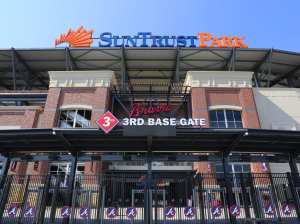 For those who are not hooked on the sport, baseball has a reputation for being dull.

As the average age of the typical baseball fan inches closer to retirement, the Braves hope that fully embracing technology will help engage younger fans.

The team’s new stadium, SunTrust Park, has become one of the most connected baseball stadiums in the country. Through a partnership with Comcast, the stadium houses an all-fiber network that will run at multi-gigabyte speeds, even if each one of the stadium’s 40,000+ seats are filled with a smartphone-carrying social media influencer.

Unlike professional baseball, the NBA leads the field when it comes to technological innovation, with several teams routinely making it onto lists of innovative sports companies.

And at the top of those lists is invariably the Sacramento Kings. 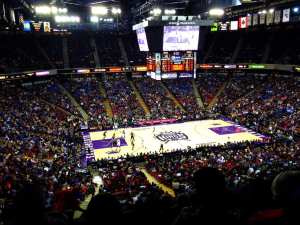 The Kings’ approach is to constantly innovate how they engage with their fans. For example, they were one of the first franchises to embrace an integrated Facebook Messenger chatbot.

More recently, they have continued to embrace virtual reality with a 360 degree virtual unveiling of their new jersey, and full integration of their team and arena app experiences into a new remote control app meant to create a seamless fan entertainment experience for ticket holders interested in features that can enhance the on-court athleticism.

As the second most valuable franchise in the most popular international sport, Real Madrid’s 81,000-seat stadium needs to offer a fan experience unlike any other. 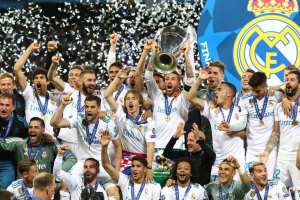 With the $600 million renovations planned for the stadium, originally built in 2011, innovation is a top priority.

The plan includes adding a retractable roof, a 360 degree scoreboard and a new titanium façade that will be able to show large moving images around the entire stadium.

The stadium upgrades also include a full embrace of virtual reality technologies for several exhibits throughout their franchise museum, which is in addition to the 2018 launch of their own dedicated VR channel.

How VR Will Impact These Ten Industries

By providing unique and innovative fan experiences and engagement through their updated stadium, Real Madrid hopes to ensure that they can offer a unique entertainment experience to complement their franchise’s success on the field.

Many of the franchises on this list have focused innovation efforts on improving fan experience — and that includes the San Jose Sharks.

During the 2016-2017 season, the Sharks became the first NHL franchise to partner with VenueNext to enhance and streamline their fans’ in-venue experience. 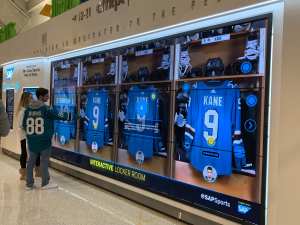 However, the Sharks are not only concerned with the fans, they also want to win. To maintain the competitive edge that got them to the Stanley Cup playoffs a few years ago, they have begun working with Kinduct Technologies to track and improve their players’ athletic performance.

Kinduct offers a cloud-based data-driven software that can analyze specific players’ abilities and performance in order to formulate strength and conditioning programs that will maximize their potential on the ice.

By leveraging this technology, the Sharks hope to improve player performance, draw in more fans and take their franchise success to new heights.

With their home, Levi’s Stadium, nestled comfortably in Silicon Valley, the San Francisco 49ers should be expected to maintain one of the most innovative franchises in professional sports. 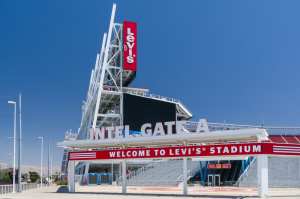 As such, they take entertainment seriously, and constantly attempt to innovate how fans experience football. This means a fully-integrated mobile app, free stadium-wide Wi-Fi, and in-seat food delivery.

However, the 49ers have also embraced sustainability as one of their core innovation missions, which is why Levi’s Stadium features cutting-edge SunPower solar panels and the first rooftop farm in the league.

By innovating their fan experience, and putting renewability and sustainability at the forefront of their tech mission, the San Francisco 49ers have earned and maintained a reputation as one of the most technologically advanced franchises around.

Working as a Team

One of the most interesting aspects of tech innovation in sports is that franchises openly work together to push things forward.

According to Bill Sclough, CIO of the San Francisco Giants, most franchises share their most exciting tech breakthroughs, and as a result, they nudge the entire industry forward together.

Even though sports and business are both built on competition, when it comes to stadium innovations or fan experience breakthroughs, franchise leaders are surprisingly collaborative.

This shows that the one thing that all franchises have in common is the need and the desire to innovate their way to the cutting edge — for their fans and for their franchises.

Joanna Alter is the Head of Content at prooV. She is fascinated by the process behind everything from songs to sunsets to softwares, and thinks coffee tastes best on ice.

What Is A PoC Strategy?

How to Keep Your Company Relevant with Innovation