Fintech is one of the hottest areas of innovation in the world today. The recent PwC Global Fintech Report highlighted how 88% of financial firms believe their business is threatened by innovators, with similar numbers planning to increase partnerships with such startups in the next few years.

Bank of America is no stranger to disruptive innovation, and indeed pioneered the use of real-world branches as R&D laboratories in the early 2000s.

They’ve continued to innovate since then, and were recently voted Most Innovative Investment Bank of the Year 2017 in the Banker magazine’s annual awards.

Here are some of the things the company has done to maintain their innovative mojo.

As the PwC report highlights, it’s crucial that financial firms create a culture of innovation, and at Bank of America, that involves everyone at the firm.

While they do have dedicated facilities to explore new technologies, and new startups working with them, they very much want innovation to be on everyone’s radar.

“It’s more powerful to capture innovation from ten thousand people than to put 10 people in a lab.”

While design thinking has become a buzzword in the financial sector, it’s something Bank of America has a long history with. 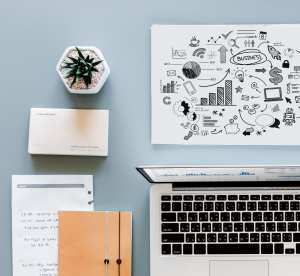 The bank began working with the design firm IDEO in 2004 on a campaign called Keep The Change. It’s estimated that to date, that campaign has saved customers around $3 billion.

That initial project was such a huge success for the Bank that it sold the concept of design thinking internally. It’s now an approach that is used throughout the company.

Design thinking allows them to build upon the insights harvested from throughout the company and to test solutions rapidly with a wide range of stakeholders.

The company has 35 million digital clients, and they are serviced via a range of digital tools.

For instance, Erica is a virtual financial assistant who is available to assist with various regular financial tasks, whether it’s transferring money or accessing balance information.

“Our high-tech and high-touch approach means our team is able to help clients with their financial needs throughout their lifetimes and deliver extraordinary client care at all times, no matter how they choose to do their banking.”

– Dean Athanasia, Co-head of Consumer and Small Business at Bank of America

To support the bank’s partnerships with the Fintech community, they have a number of application program interfaces (APIs). For instance, CashPro Assistant was their first application to open itself up to third party developers. It uses AI and predictive analytics to help commercial and corporate clients access their banking information.

They have built on this with the release of an API gateway to allow clients to easily access their bank information and to initiate transactions in real-time.

Mobile banking has been offered by Bank of America for ten years, and it remains a core part of their offering. It is currently the most used channel by customers, with more than 22 million accessing the bank from their smartphone. 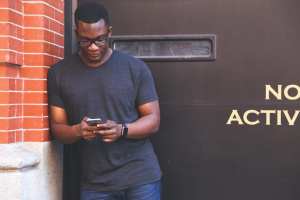 During this decade of mobile banking innovation, the company has led the way with a number of innovations, including:

Lessons from Bank of America

From the various initiatives being undertaken by Bank of America, it is clear that they are ahead of the curve.

The Future of Telehealth