Speculation about shifts in the consulting industry have been rumbling for years. What would disruption look like in an industry that is more than one hundred years old?

Some may argue that the consulting industry is doing fine as it is, but such a view can be dangerous in our dynamic and digital age.

Below we go into how the democratization of data has pushed consulting firms to take the first steps toward disruption by improving their analytics offerings, providing niche services and expanding their talent networks.

Traditionally, a major source of differentiation for a consulting firm would be the access they had to data and information. Huge sums would be spent on research departments that would allow the firm to claim to have the best knowledge available. 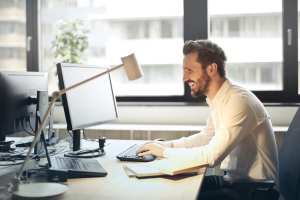 As the Internet has democratized access to information however, that advantage is no longer as big as it was.

Likewise, companies are increasingly generating huge quantities of their own data on customer behaviors. This includes online data from e-commerce activity and offline data from activities such as loyalty cards.

Couple this easier access to data with a growing number of analytical tools, and the research and data analysis aspect of consulting work has been significantly disrupted in recent years.

This has forced an unprecedented amount of innovation in the space as the industry attempts to both change with the times and fight off competition.

Data democratization and an increasing number of analytical tools has forced many consulting firms to significantly up their game. The industry has moved on from trying to generate the $1 million slide to providing sophisticated analytic capabilities to clients.

The consulting industry has moved on from trying to generate the $1 million slide to providing sophisticated analytic capabilities to clients. Click To Tweet

For instance, Deloitte offers a suite of products called Deloitte Managed Analytics that provides a steady stream of insights to clients rather than a one-off transfer of knowledge via a report or presentation.

But these analytics services are already under threat from a new wave of automated systems. IBM’s Watson is clearly targeting this space and aims to provide sophisticated insights after consuming vast quantities of corporate data. Or you’ve got Kensho, a system supported by Goldman Sachs to provide insights to financial firms.

In a bid to provide added value, considerable attention has been given to showing thought leadership, with the likes of McKinsey Insights and PwC’s Strategy + Business leading the way. 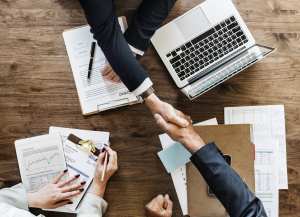 Attempts have also been made to specialize in particular areas to provide a focused value proposition to the client. For instance, many firms have developed digital transformation divisions, such as Deloitte Digital, which helps clients cope with the deluge of digital changes that are impacting their business.

There have also been divisions formed to capitalize on the new wave of insights emerging from young academic fields such as behavioral psychology. The most notable example of this was the Behavioural Insights Team (aka The Nudge Unit) that was originally part of the British government but has subsequently been absorbed by the innovation charity NESTA.

Arguably the most disruptive of all, however, has been the launch of talent networks that allow firms to access broader talent resources than they would otherwise have access to.

For instance, YourEncore is a network of retired and veteran scientists and engineers providing their clients with proven experience to help accelerate their pace of innovation. Or you’ve got the Gerson Lehrman Group (GLG) who have a network of more than 400,000 experts they can connect clients to.

The big consulting firms have got in on this game as well, with platforms like PwC Talent Exchange and Deloitte Open Talent Network striving to give the firms access to a much wider array of talent than is on their full-time payroll. Both of these platforms are at an early stage, and it’s likely that McKinsey and BCG will follow suit in due course.

Changes Yet to Come

The general lack of formal boundaries in the sector can allow new entrants to muscle in on the incumbents’ turf, but it also allows a level of adaptability many companies can envy. This has allowed companies to diversify into a wide range of new fields, such as the healthcare work undertaken by Accenture that sees several hundred nurses on the payroll.

The consulting industry may have been largely untouched over the last 100 years, but if the last few years are any indication, it’s a sector whose future will be riddled with change, not least because clients will demand it.

While none have thus far been swept up in the winds of creative destruction, time will tell how successful these various efforts to adapt to modern times prove to be.

The Future of Telehealth

How to Identify and Develop Your Next Big Innovation