AI in the Auto Industry: Not Only Self-Driving Cars

Autonomous vehicles are not quite at their peak, but they are still riding high as they crest the hill of maximum expectation.

It’s perhaps not surprising, with the Brookings Institute estimating in 2017 that around $80 billion had been invested in the technology in three years. What’s more, the pace of investment quickened considerably during that period, with 160 separate deals, investments and partnerships completed.

With so many of the hottest names in technology engaged in the pursuit of driverless tech, it’s easy to fall into the trap of thinking that autonomous vehicles are the only way AI is impacting motoring.

The reality, however, is that there are a wide range of fascinating applications emerging in the sector that are improving our driving experience right now.

How AI Is Working in the Automotive Industry

While autonomous vehicles have grabbed most of the headlines, there has been a wide range of developments in driver assistance features in the past few years. 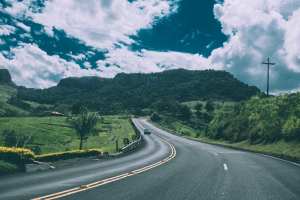 Most manufacturers are making a gradual transition toward fully-automated vehicles via features such as automatic braking, pedestrian alerts, intelligent cruise control and collision avoidance.

These advanced driver aids are akin to an autonomous sidekick on hand to help us stay safe on the road. Such features were previously the preserve of luxury vehicles, but they are increasingly mainstream.

The cloud has rapidly become the platform of choice for many AI deployments in other industries, and it’s increasingly so in the automotive sector, too.

The fast processing speeds and connectivity make it ideal for crunching the kind of big data generated by connected vehicles.

Early instances of this in action include the partnership between General Motors (GM) and IBM where GM utilizes the Watson platform to perform a range of AI-based tasks. Potential use cases include easier access to gas stations or locating the restaurants you typically visit.

As vehicles become more connected, they become yet another medium by which our lives get played out.

Whether it’s checking our bank accounts or ordering groceries, our car will be a conduit to perform our daily tasks. Click To Tweet

The Internet of Things

Gartner estimates that there will be around 250 million cars connected to the Internet by 2020, with PwC predicting the connected car market will be worth $149 billion by then. 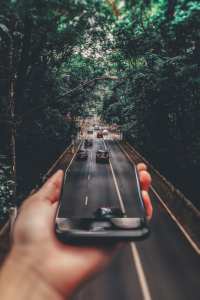 The connection of IoT and cloud-based supercomputers will have powerful implications for the driving experience, with companies like NVIDIA leading the way in this field.

A recent report from Deloitte suggests that as cars become connected, it will mark the transition of automakers into tech companies as they battle to avoid selling commodified hardware and losing out on the real value provided by the software.

This transition opens up a range of new revenue opportunities, whether it’s in predictive vehicle maintenance, remote repairs or more efficient fleet management.

One of the main promises of autonomous vehicles is that they will free us up to do much more as we travel, whether it’s checking emails or writing that next report. 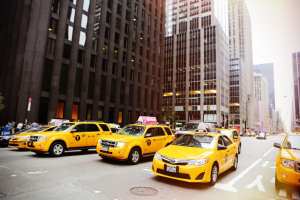 It’s increasingly common to have WiFi connectivity in a car, with a growing number of automakers offering voice activated functionality.

Arguably the biggest improvement is coming in terms of safety, with connected cars able to communicate with one another. Vehicle-to-vehicle (V2V) technology promises to significantly reduce accidents by giving the vehicle greater awareness of its surroundings.

Bridging to the future

Most industry estimates suggest that driverless cars are expected to go mainstream around 2025, but the examples above showcase the innovations that are entering the sector right now to ensure our driving is safer, more efficient and generally more enjoyable.

Free Report: How the Top Innovation
Spenders Invest Their Resources

The Latest and Greatest Innovations in InsurTech

Why Blockchain Is Not Just for Banks

Intro to 5G: What Is It and How Will It Impact Innovation?